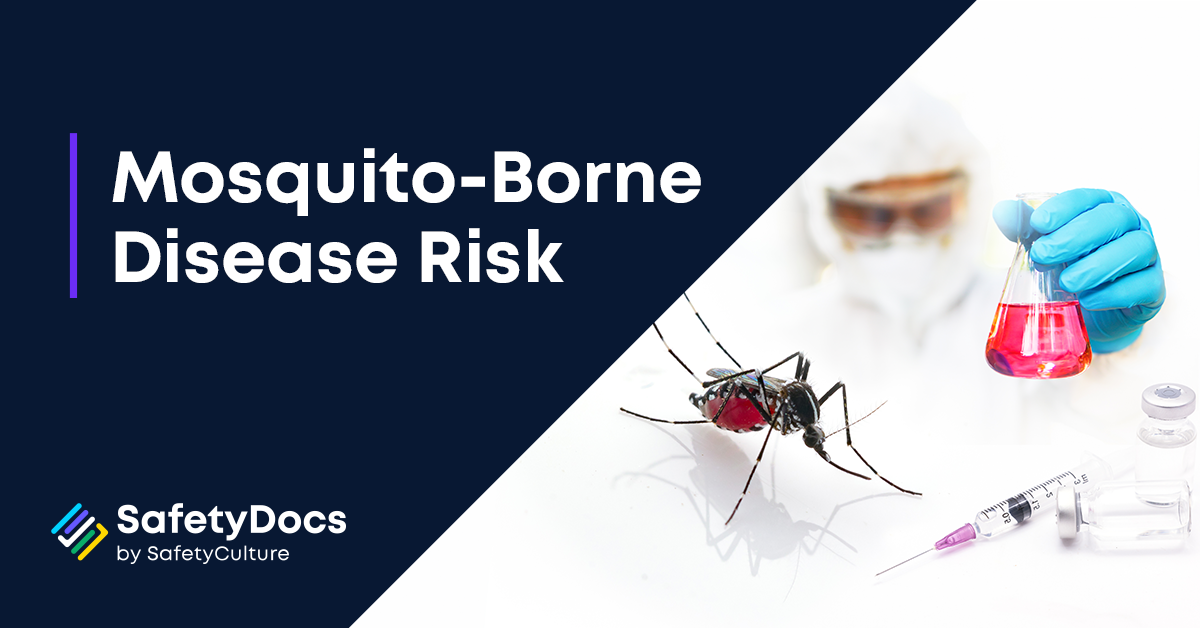 Safe Work Australia released guidance on Japanese encephalitis on 22nd April 2022, reinforcing that business owners have a duty of care to eliminate or minimise risk as much as is reasonably practicable.

To assist those seeking to put genuine measures in place to protect their workers, SafetyDocs by SafetyCulture has just released a 'Mosquito-Borne Disease Safety Plan' that provides policies, a checklist and a blueprint for controlling the risk associated with Mosquito-borne disease.

Mosquito-borne diseases are a serious threat in Australia, particularly to those workers in high-risk industries or locations. One of the most recent outbreaks is Japanese encephalitis, a potentially fatal illness that can cause severe neurological symptoms such as convulsions, tremors, and confusion.

Experts warn that mosquito populations are on the rise in many parts of Australia, increasing the risk of infection from other diseases, such as the Zika virus and dengue fever, to name but two. These illnesses can cause flu-like symptoms such as fever, headaches, muscle aches, and fatigue. In some cases, more severe complications may develop, such as hemorrhaging or seizures.

As business owners with a duty of care to protect workers, we must be aware of the risks posed by mosquitoes and take appropriate precautions to prevent exposure and minimise the risk of infection. This may include using insect repellent, wearing protective clothing and gear in areas with active mosquito populations, and staying indoors during peak mosquito activity.

Take a look at our newest safety plan below, and while you're there, be sure to check out some of the other great resources we have for managing your company's health in an ever-changing world!