Do you know what your business is doing to prevent slavery?

Do you know what your business is doing to prevent slavery? 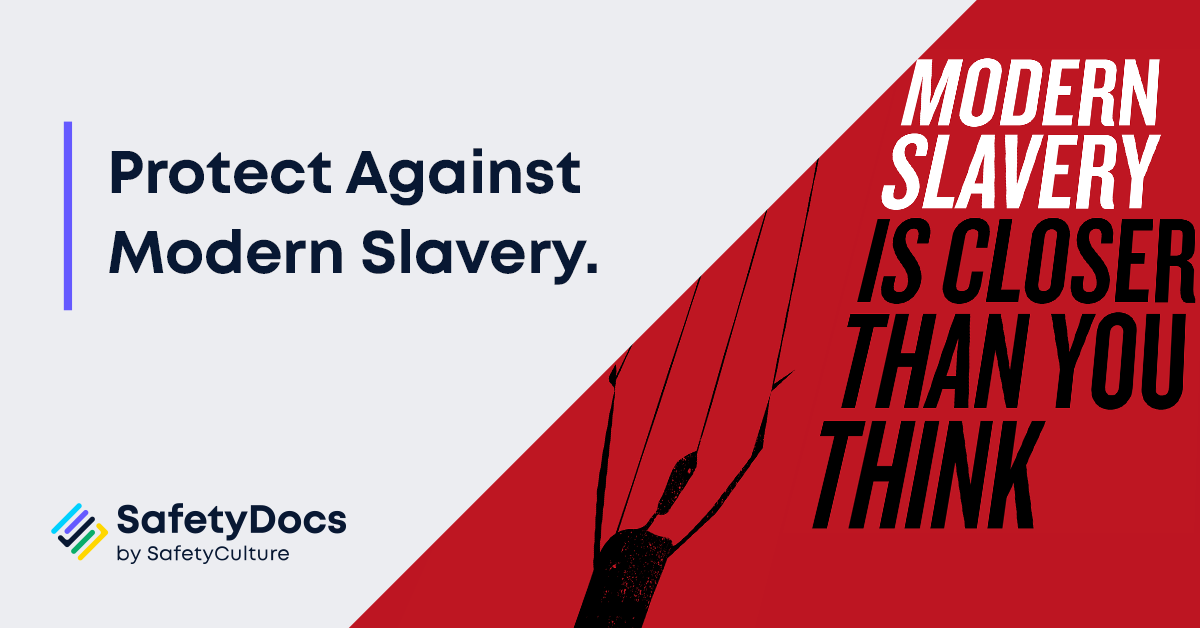 Protect your business from modern slavery

The Modern Slavery Act 2018 commenced operation on 1st January 2019, creating reporting obligations for Australian entities that have a consolidated revenue of at least $100 million for the financial year or undertake business in Australia.

Practices that constitute modern slavery can include:

Since 2019, almost 4000 companies have provided statements that have been published on the government's modern slavery register.

Several years on and a new report, Paper Promises? Evaluating the early impact of Australia's Modern Slavery Act, examines 102 of those statements submitted to the Government's Modern Slavery Register.

The report is part of a two-year research project by academics and civil organisations to improve responses to modern slavery practices. 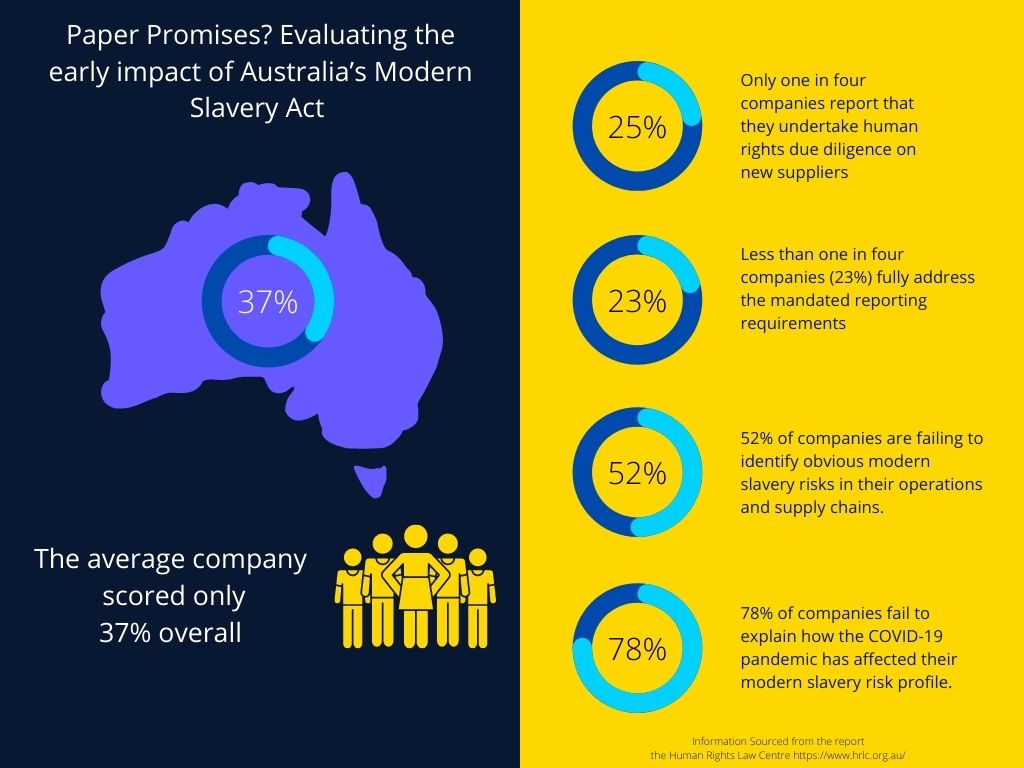 Businesses want to do the right thing, but it's hard to know where to start when it comes to tackling modern slavery.

Although the report shows large companies could do better in their legal and ethical responsibilities, we have seen a marked increase in small companies (well below the legal threshold) looking for Modern Slavery Policies.

After all, nearly two-thirds of forced labour victims can be found in the Asia-Pacific region. This makes Australian businesses highly susceptible to the risk of being party to this through their operations and supply chains.

And without a policy in place, it's challenging to identify and address any potential risks.